About TMTV – the premier film recovery company in North America. 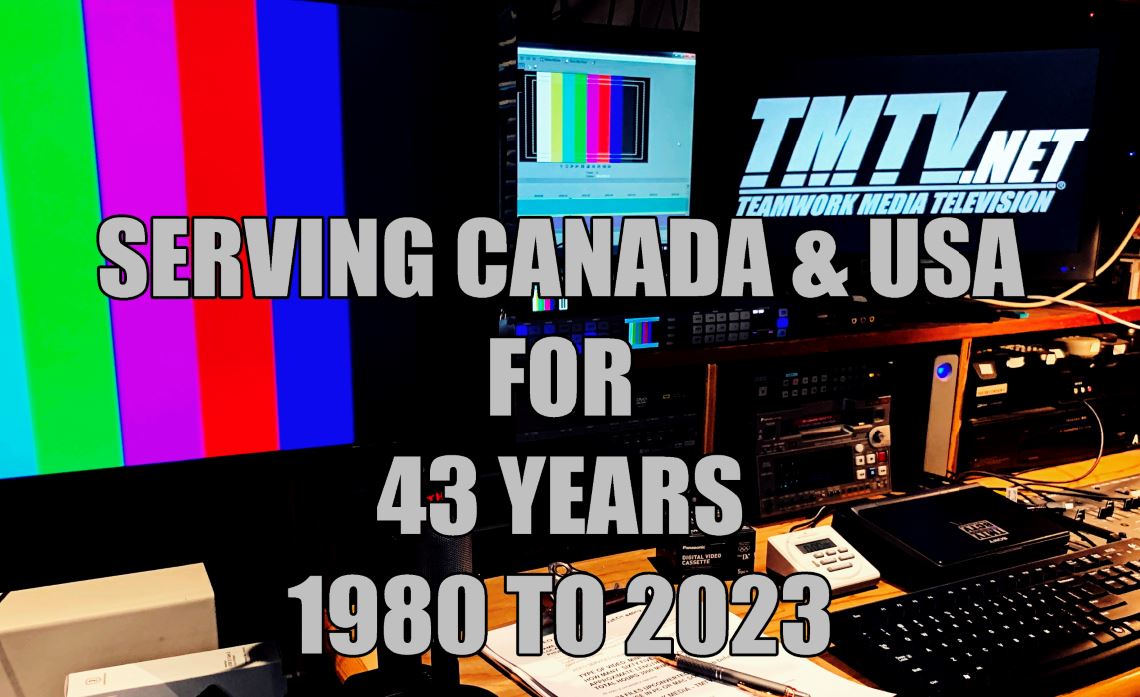 TMTV would like to thank you in advance for considering us to handle your film, video or audio project and assures you, that you will be receiving the absolute best quality and customer service available for your conversions or transfers.

Our goal is to preserve visual & audio documented history, for families, museums and businesses through-out Canada & the USA.

TMTV has been providing these services since 1980 with a team of professional technicians that will be handling your original material with the utmost care, whether you require preservation with straight conversions/transfers or remastering to a digital format or require both physical & digital Recovery or Restoration. We take pride in providing over four decades of service.

On the completion of your project we are sure you will be 100% satisfied with the quality of our work and customer service.

In 1980 the current owner (President & Director) formed TMTV after already gaining 10 years experience in the film and video industry. TMTV Studios is located at Longbeach on Kootenay Lake near the city of Nelson in the West Kootenay area of southeastern British Columbia (BC) Canada and is currently serving professional film labs, video and photo shops along with companies, museums, institutional archival departments and individual customers in Canada and the U.S.A., including; the farther reaches of The Northwest Territories of Canada including the regions of Dehcho, North Slave, Sahtu, South Slave and Inuvik. Nunavut, Yukon, Alaska, Hawaii, Puerto Rico, American Samoa, Guam, Northern Mariana Islands and US Virgin Islands.

Teamwork Media (TMTV) is constantly upgrading and purchasing the latest, most advanced professional equipment and knowledge to provide you the best possible quality for transfers, conversions and duplications. You can rely on our years of experience, professional quality, friendly, courteous and knowledgeable staff with exceptional customer service with the most competitive pricing in the industry.

Local areas… , Kootenay, Boundary, Arrow Lakes, Slocan Lake, Elk Valley, Columbia, Rockies, Creston Valley, East Shore, Kootenay Lake, East Kootenay districts of South Eastern British Columbia. Local cities, towns and villages; Ainsworth BC, Balfour BC, Boswell BC, Castlegar BC, Christina Lake BC, Cranbrook BC, Crawford Bay BC, Creston BC, Elk Valley BC, Fairmont Hot Springs BC, Fernie BC, Field BC, Fruitvale BC, Golden BC, Grand Forks BC, Greenwood BC- Midway BC- Rock Creek BC, Invermere BC, Kaslo BC, Kimberley BC,  New Denver BC, Nakusp BC, Nelson BC, Radium Hot Springs BC, Revelstoke BC, Rossland BC, Salmo BC, Sparwood BC, Slocan BC, Trail BC, Winlaw BC, Spillmacheen BC, Canal Flats BC, Skookumchuck BC, Elko BC, Grasmere BC, Yahk BC, Wynndel BC, Genelle BC, Beaverdell BC, Oyama BC, Lumby BC, Sicamous BC, Sorrenato BC, Falkland BC, Tappen BC, Trout Lake BC, Parsons BC, Fauquier BC, Vallican BC, Thrums BC, Appledale BC, Argenta BC, Arrow Park BC, Beaver Falls BC, Beaver Valley BC, Beaverdell BC, Blueberry BC, Nelway BC, Montrose BC, Kettle Valley BC, Kinnaird BC, Meadow Creek BC, Lardeau BC, Harrop BC, Trail BC, Jersey BC, Edgewood BC, Cooper Creek BC, Cresent Valley BC, Duncan Lake BC, Columbia Gardens BC, China Creek BC, Christian Valley BC, Cascade BC, Burton BC, Bridesville BC, Brilliant BC, Bonnington Falls BC, Brouse BC.

Do you have a project that  TMTV can help you with?

What TMTV Customers Are Saying:

“I received my recovered films today and have to say I could not be happier. Your team was able to generate some amazingly valuable family memories from some very damaged films. Regardless of how much recovered, every second was valuable to me. I can’t thank you all enough.

“In 1949 16mm movies were taken of a family event. They are images of people long since gone and in some cases the only pictures of them that I have. The results and service were beyond expectation. You’re not just a company that restores film, but a company that brings inexpressible joy to the lives of your customers.”

“All I can say is WOW! My wife and I reviewed our movies last night. We were stunned to see the beautiful restoration job. Just incredible. Many thanks for your superb service!”

“Not only are you technical wizards, you are thoroughly professional and a pleasure to deal with. Outstanding job.”

“Absolutely blown away… What an amazing job on the 60’s/70’s reel. I ran your copy alongside my older transfer and was so amazed. Thanks so much. Looking forward to doing more business.”